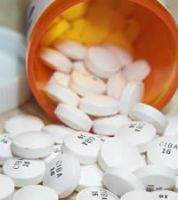 Ritalin is a psychostimulant drug approved for treatment of attention-deficit hyperactivity disorder, Postural Orthostatic Tachycardia Syndrome, and narcolepsy. With larger doses, the drug acts as a stimulant. The actual effects of an overdose with Ritalin will vary, depending on how much is taken and whether it is taken with other medicines, alcohol, and/or drugs.
Some possible symptoms include:
There are reports of heart and mental problems in patients taking Ritalin or other related stimulants. Some of the problems associated with Ritalin use and overdose are sudden death in patients with previous heart problems, heart attacks in adults, increased blood pressure and heart rate, new or worsening symptoms of behavior problems and aggressive or hostile behavior. The effects caused by Ritalin use or overdose will vary, depending on how much Ritalin was taken and whether it was taken with alcohol, drugs, or other medications.